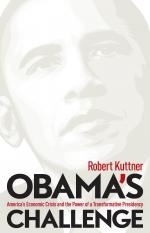 (Host) A Vermont company has found itself at the center of a controversy that involves politics and publishing.

Chelsea Green Publishing began selling a new book through an online store. Bookstores say they’ve almost never been completely shut out of the launch of a new book.

(Charnoff) When Chelsea Green Publishing teamed up with Amazon dot com, little did the company know of the firestorm it was about to create.

The company wanted to make the book available to the delegates attending the Democratic National Convention.

When Chelsea Green learned the manuscript would not be available in time to publish for the convention, it decided to team up with Amazon dot com’s Print On Demand service.

The company announced that "Obama’s Challenge" would be available exclusively through Amazon’s Web site for two weeks, and discount coupons would be made available to convention delegates.

The decision set off a firestorm of protest from both independent and chain bookstores.

Barnes and Noble substantially reduced its initial order of 10,000 copies.

The company announced it would sell the book on its website, but would not stock it in stores.

In a statement, Barnes and Noble said giving exclusivity to one company is an unfair business practice.

Many independent stores sent angry letters to Chelsea Green, calling the decision "a slap in the face", and vowed to boycott the publisher.

Chelsea Green has mostly been devoted to manuscripts about sustainable living, and progressive topics.

Margo Baldwin is president and CEO of Chelsea Green Publishing.

She says that the coming presidential election is too important for her company to wait for the traditional publishing lead time, and the public is hungry for factual information.

(Baldwin) "Our primary obligation was really to this book and author that we had to make an impact at the convention to get this book moving, because we have such a short window of time.”

(Charnoff) Baldwin says there is a certain irony in Barnes and Noble accusing her company of unfair business practice, the same charge independent booksellers often raise against Barnes and Noble.

(Charnoff) Booksellers in Vermont seem to be divided in their opinions on Chelsea Green.

Lynne Reed is co-owner of Misty Valley Books in Chester.

Reed feels that the company has not made enough of an effort to reach out to her as an independent, and that she didn’t even know about the Obama book.

(Reed) "I think the publishers need to treat all bookstores the same, whether they’re big box stores or independent stores. That’s the issue I think.”

She feels her customer base is loyal enough that those in search of "Obama’s Challenge" will buy it from Yankee when the book is available.

Morgan agrees with Chelsea Green that it’s important that factual information about Barack Obama be made available to the public.

(Morgan) "If they’re reasoning was to get it out to the delegates ASAP for the convention, I suppose I understand the reasoning.”

Chelsea Green president Margo Baldwin says an open letter to booksellers did little to appease them.

She says that a boycott will only serve to deprive readers of information necessary to make an informed decision come election time.

(Baldwin) "How do we become the worst publisher in the world for what we did versus a publisher putting out the Obama Nation book which is just filled with lies, is that better?”

Chelsea Green will be printing 75,000 copies of "Obama’s Challenge", which it says will be the largest in its history.

The book will be available to retailers September 15th.