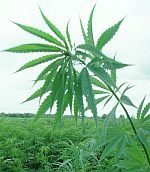 (Host) The Attorney General’s office has issued a key Constitutional ruling regarding hemp legislation passed by lawmakers this year.

While the decision only affects the hemp bill, it establishes the legal framework to resolve similar constitutional controversies in the future.

(Kinzel)While virtually every state in the country allows a bill to become law without the signature of a governor, the Vermont Constitution sets up a different system when a governor formally receives a bill within 3 days of legislative adjournment and doesn’t sign it. In this limited case, the legislation is considered vetoed.

Douglas formally received the hemp bill after lawmakers had adjourned. He then decided not to sign it.

So here’s the legal question – which part of the Vermont Constitution prevails- does the bill become law or was it effectively vetoed ?

There was disagreement in the state’s legal community and it was left to the Attorney General’s office to decide the fate of this bill.

(Griffin) "The question was whether that exception applied and we concluded based on the language in the Constitution and some other Constitutional history that it did not apply."

Griffin says the Vermont Constitution may be the only one in the country that has this special "just before adjournment" procedure:

(Griffin) "A lot of states have these 3 day rules and 5 day rules and 10 day rules but Vermont seems to have one that’s unique."
(Kinzel) Supporters of the bill applauded the ruling. House Agriculture chairman David Zuckerman says hemp could play an important role in Vermont’s future:

(Zuckerman) "Hemp seed can be used either for food or you can press it into vegetable oil which can be used in vegetable oil type vehicles but also the fiber itself could be burned in our wood chip plants our school plants for energy."

(Kinzel) Zuckerman acknowledges that the new law won’t have an immediate impact in Vermont because there’s a federal law that prohibits the growing of industrial hemp – hemp is similar to marijuana but it doesn’t contain the active ingredient that makes users high.

But now two states have adopted hemp laws, Vermont and North Dakota, and Zuckerman is hoping that Congress will revisit this issue: